This safari will cover most areas of the Northern section of Kruger. A low-lying, sun-baked plain ranging in elevation from 300 to 450 metres above sea level, the semi-arid northern region extends north of the Letaba river. Of all the regions of Kruger, the vegetation in the north is the least diversified and much of the region is blanketed in Mopane shrub. It is also, however, home to the strange and mythical Baobab tree. There also river corridors, the favourite habitat of many species of special mammals and birds. Waterbuck, Bushbuck, Impala and Greater Kudu are common, but the riverine vegetation is also the haunt of the exquisite Nyala. This is also the area of the park for rare antelopes, and Roan Antelope, Tsessebe and Sable Antelope are most easily spotted here. Herds of African Elephant and African Buffalo depend on the rivers for water, and predators such as Lion, Leopard and Spotted Hyaena concentrate where prey is abundant.

Further north there are some fascinating ecozones containing many very localised species of fauna and flora, and the Pafuri region is unlike any other in the park. A number of rich plant communities coincide with significant areas of sand formed by river flood plains, the Mozambique coastal plain and sandstone formations, and the Luvuvhu river creates a corridor of riverine forest that harbours many forest-dwelling species, something not encountered anywhere else in Kruger. The Pafuri area is regarded by some visitors as the most enchanting corner of the Kruger, and is undoubtedly the most important locality for birds in the park, especially for rare vagrants and birds from tropical Africa 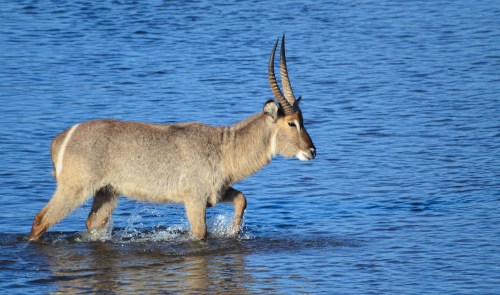 Your Nature Travel guide will meet you at Kruger / Mpumalanga International Airport near White River, a small town on the southwestern corner of the park, and then head straight to Mopani Camp for the start of your northern Kruger adventure. Depending on your arrival time at the airport, the road transfer will either be done inside the park or on the outside, entering at Phalaborwa gate, about 50 kilometers (30 miles) from Mopani.

Completed in 1992, Mopani is the newest of all the rest camp accommodation and lodging in Kruger Park. The camp commands a truly spectacular view over the sprawling Pioneer Dam. Inside Mopani indigenous vegetation has been left largely untouched, while newly planted trees have been laid out along the camp’s tarred roads. A signature feature is the huge gnarled old Baobab tree in the heart of the camp. Mopani takes its name from the mopane trees that are so prevalent in the surrounding plains. In autumn the butterfly-shaped leaves change to striking hues before falling off in September and October. All the buildings in Mopani are built from natural materials such as rough stone, wood, and thatching-grass, which blends them in beautifully with the environment.

We will spend two nights in Mopani, going on morning and afternoon game drives. We will look for all sorts of interesting animals, birds, plants and anything else that catches our eyes! We might venture north towards the Tropic of Capricorn lookout point, or eastwards towards the Grootvlei dam and the Nyawutsi hide. The Mooiplaas picnic site is nearby, and so is the Shipandani hide and the Pioneer hide overlooking the spectacular dam of the same name. The area is rich in Waterbuck, Tsessebe, African Elephant, African Buffalo, and various other antelope.

As always in Kruger, it is important to explore the rest camp itself for some fascinating fauna and flora. Mopani is especially suited to extra exploration. On one of the days, we might try the in-camp trail walk that goes around the rest camp. Not only is it a beautiful, relaxing, and informative exercise, but we might also get to see something interesting!
The camp also has a beautiful swimming pool to cool off in, as well as good restaurant facilities and a wooden lookout deck from where we can search for animals and birds on the Pioneer dam. The dam is particularly good for birders, and a quick scan might reveal Goliath and Purple Heron, Water Thick-knee, or even an African Skimmer! 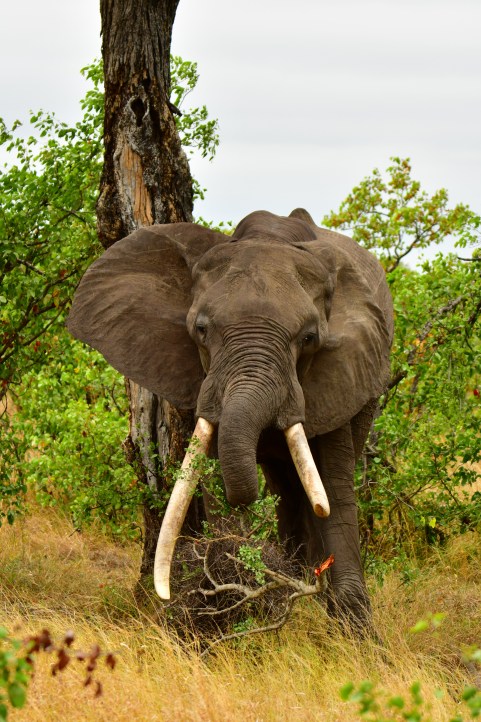 Next, we will move north to one of Kruger’s gems. Shingwedzi is a lovely, tranquil rest camp situated on the southern bank of the Shingwedzi river. It is a rustic camp that still carries the essence of the bush and is mostly untouched by modern technology. Experience magical evenings where the accommodation is arranged in two separate circles and the glow emanating from braai (barbecue) stands cast a tranquil spell.
The Shingwedzi river flows only in the summer months, but winter is one of the best times to view wildlife when animals fight over the small diminishing pools which remain behind as the river recedes. The mature riparian vegetation growing on the alluvial soils provides a welcome (and beautiful) respite from the endless Mopane woodland stretching out in all directions.

We have two nights at Shingwedzi, spending time in the mornings and afternoons out in the field looking for mammals, birds and anything else that attracts our interest. We will definitely go south and visit the Kanniedood dam and its associated hide, a great place to spot Nile Crocodile, Hippopotamus, Bushbuck and even Leopard. The area is well known as the haunt of big tusker African Elephant bulls, and we’ll be on the lookout for some impressive specimens. The area around Shingwedzi is also known as a year-round hotspot for birdwatching, and over the years some out-of-range species have turned up here – so keep your eyes peeled!

Our daily routes will depend on what we have seen so far and what the general weather and other wildlife conditions are like. Your expert guide will make the decision as to where to point the nose of the safari vehicle to ensure your maximum enjoyment!
When we are not out on safari in the park it is important to look around for interesting creatures even inside the camp fence. The camp grounds are well foliaged and there are some lofty trees along the river’s edge. The camp is a great place to spot Verreaux’s Eagle-Owl, Smith’s Bush Squirrel and even African Rock Python.

Our next destination will be Punda Maria Camp, the northernmost main camp in Kruger. The camp was developed from what was originally game ranger quarters built on the Dimbo hill. The name of the rest camp was given in 1919 by the first ranger to be posted to the area, Captain JJ Coetser. He mistakenly named his post-Punda Maria in the belief that this was the Swahili name for Plains Zebra, the first big game he saw on arrival. The correct Swahili name is actually ‘punda milia’ (meaning Striped Donkey). When the error was pointed out to him, he chose to retain the name, in honour of his wife, Maria.

The camp is situated in the Sandveld region that is often described as the botanical garden of the Kruger park. There are numerous plant species which occur that are unique to the area, along with many area-specific animals, birds and insects. Game species most likely to be sighted include Impala, Nyala, Plains Zebra, African Buffalo, African Elephant, Common Eland and Greater Kudu. However, this is also the best area in the park to see some species that occur nowhere else in the park; these include Sharpe’s Grysbok, Suni and Bushpig. It is also without a doubt the best place for birdwatching in the entire Kruger, with many rare species occurring only in this area.

We will enjoy our last two nights in Punda Maria camp, going on morning and afternoon game drives, and looking for interesting fauna and flora. We will venture north to the famous Pafuri picnic spot, with the impressive Luvhuvhu bridge closeby, and we will also drive through the Fever-Tree forest to Crook’s Corner, a well-known spot where three countries (South Africa, Mozambique and Zimbabwe) meet. This area is home to various spectacular bird species, and we might see Pel’s Fishing Owl, Tropical Boubou, Meves’s Starling, Lemon-breasted Canary or even Dickinson’s Kestrel. We will also do the 25-kilometre Mahonie Loop around Punda Maria camp, a favourite dirt road for many seasoned Kruger visitors, and recently a good road from which to spot African Wild Dog and Leopard.

Once again, be sure to keep an eye out inside the camp for all sorts of interesting fauna and flora species on the Flycatcher trail, like Brown-necked Parrot, Crested Guineafowl or even a Samango. The camp has what many visitors consider to be one of the best swimming pools in the entire park. We might take a dip in the heat of the day to cool down a bit!
After your 6 night northern Kruger extravaganza, your Nature Travel guide will transfer you back to the airport (or your chosen point of departure) for your onward journey. As we are very far north, a very early departure will be needed on the final day of the trip. Another option is to add another overnight stop, either further south in the park or somewhere just outside the park in the Limpopo province, to make the transfer back to Johannesburg easier 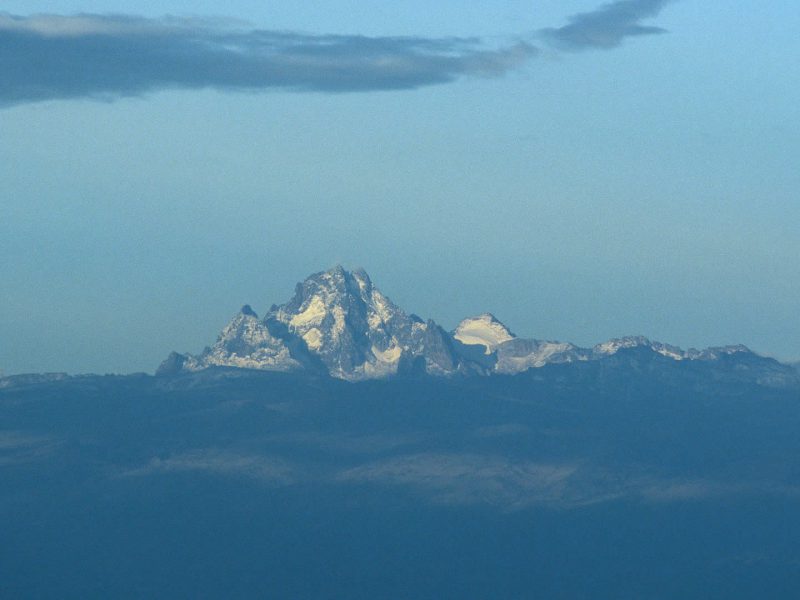 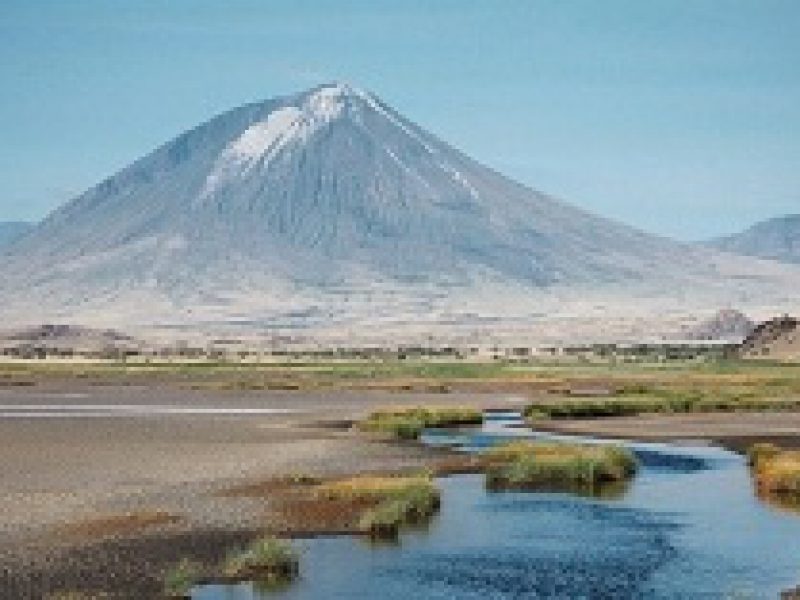 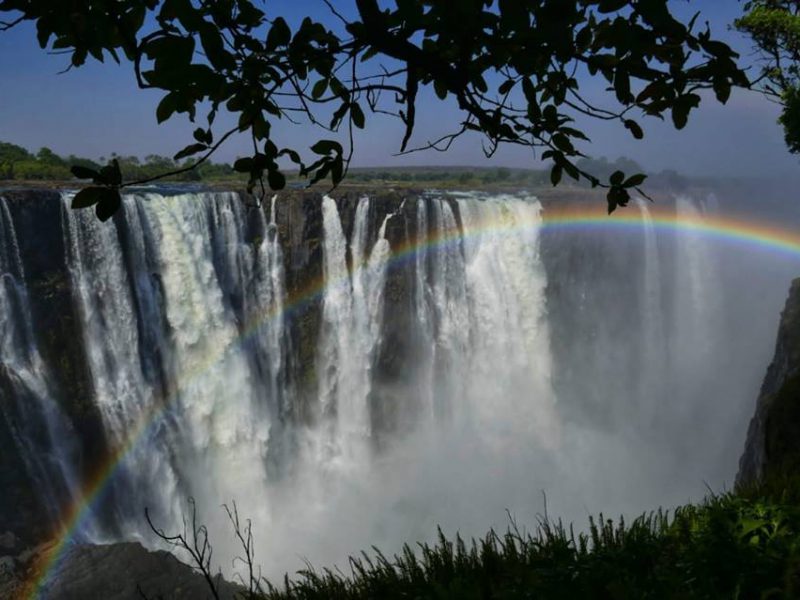