Everything that can be said about the Kruger National Park has probably already been said, but suffice to say that it is undoubtedly one of the greatest game parks on the planet. It covers a vast area of 19485 square kilometres (7523 sq miles) and extends 360 kilometres (220 mi) from north to south and 65 kilometres (40 mi) from east to west. It is the tenth-largest game reserve on earth. Areas of the park were first protected by the government of South Africa in 1898, and it became South Africa’s first national park in 1926. It is now part of the Great Limpopo Transfrontier Park, a peace park that links Kruger National Park with the Gonarezhou National Park in Zimbabwe and the Limpopo National Park in Mozambique. The park welcomes more than 1.5 million visitors every year yet never feels crowded. All the famous Big Five game animals (Buffalo, Elephant, Rhinoceros, Lion and Leopard) are found in Kruger National Park, which has more species of large mammals than any other African game reserve (at 147 species). These special species are seen with relative ease in “Kruger”, as the park is affectionately known. Over 520 species of birds have also been seen in the park, along with vast numbers of reptiles, insects and other fauna and flora.

This safari will cover the vast central section of Kruger. This region spans nearly 30% of the reserve’s territory and supports a vast amount of game. It is made up of mostly grassy plains, filled with animals like Plains Zebra, Common Wildebeest and many species of antelope, which attract an array of predators. The open savannah habitat also makes for great photographic opportunities, and the region is especially famous for photos of classic African sunsets. Five seasonal rivers meander across the central region and, as wildlife is abundant, during intense dry cycles water supplies are often depleted. As a result, many man-made dams and water holes were established in the central region. Many of the water holes and dams have become popular tourist attractions as they act as a gathering point for animals. The concentration of predators, especially Lions, in the Central Region ensures that it remains a popular tourist destination. 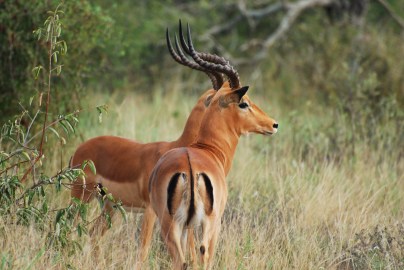 Your Nature Travel guide will meet you at Kruger / Mpumalanga International Airport near White River, a small town on the southwestern corner of the park, and then head straight to Satara Camp. Depending on the time of your arrival at the airport, this trip will either be inside the park or outside, entering the park at Orpen gate, west of Satara.
Satara camp, although fairly large, has a rustic charm, with the bulk of the accommodation set out in a series of circles. The nightly fires burning in front of the bungalows are a special sight. The ambience of the camp, Kruger’s third-biggest, recalls the mood of colonial Africa with red-roofed public buildings, thatched chalets and neatly raked paths.

We will spend two nights here, going on morning and afternoon game drives, thus maximising our chances of seeing animals, birds and other interesting fauna and flora. Will definitely explore one of the most famous roads in the entire park, the S100, that runs east-west from Satara towards the Lebombo mountains and Mozambique. Many long-time visitors to Kruger swear by this road for spectacular sightings of the Big Five, many species of raptors and other rare creatures. Will also venture to the nearby Nsemani and Sweni dams that are always worth a “stop-and-scan”.

The sweet grasses that grow on the fertile soils formed on shale and volcanic basalt, and an abundance of excellent browsing trees, sustain the largest Impala, African Buffalo, Giraffe, Greater Kudu, Common Wildebeest, Plains Zebra, Waterbuck and Sable Antelope populations in the Park. Satara, however, is Lion territory, as no fewer than 50 prides occupy home ranges in this area, with an average pride size of 12 lions. Within a 20 kilometre radius of Satara, 22 lion prides have been counted! Satara is rightly known as “cat camp”. Lions are inevitably followed by scavengers, and this area also contains large numbers of Spotted Hyaena, Black-backed Jackal and vultures. It is also one of the best areas in the entire Kruger to see Cheetah.
The camp itself is always worth exploring, and a walk inside the fence perimeter might give us views of Honey Badger, African Scops Owl and Red-billed Buffalo Weaver. An optional night drive from Satara might yield Cape Porcupine, Leopard and even the elusive Aardvark. 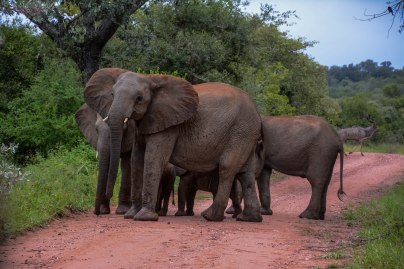 Next, we will move to one of Kruger’s most beautiful camps. The drive northwards will see the surroundings change to Mopane shrubland. Olifants camp has scenically the most dramatic setting of all the camps in the park. It is perched high above the Olifants River with views that are breathtakingly “out of Africa”. Sightseeing views from the modern lookout platforms allow a person to observe the river many hundred feet below. The camp is warm and welcoming and will win many staunch supporters for Kruger Park accommodation.

Because Olifants is situated in a transitional zone, 2 distinct types of vegetation can be found, offering a wide range of game. In the north, the low lying Mopane trees provide cover for Plains Zebra, Impala, Greater Kudu and African Elephant. To the south, rolling plains are dotted with African Buffalo and Giraffe. Along the Olifants River, wildlife such as Lion, Nile Crocodiles and Hippopotamus can be viewed, as well as an abundance of birdlife such as owls, storks and eagles. The Olifants River is the largest in Kruger and its considerable catchment, extending over 54 300 square kilometres, generates four percent of the total river flow in South Africa.

We have two nights at Olifants, spending time in the mornings and afternoons out in the field looking for mammals, birds and anything else that attracts our interest. We will visit the stunning Olifants lookout point east of the camp, as well as the N’wamanzi lookout point to the west. At both these spots we will be allowed to exit our vehicles and take some stunning photographs. We will also venture northwards to follow the S93 road as it meanders along the Letaba River; a great area for huge herds of African Elephant and soaring Martial Eagles.

Our daily routes will depend on what we have seen so far and what the general weather and other wildlife conditions are like. Your expert guide will make the decision as to where to point the nose of the safari vehicle to ensure your maximum enjoyment!

When we are not out on safari in the park it is important to look around for interesting creatures even inside the camp fence. The campgrounds are well foliaged and there are some lofty trees. The camp is a great place to spot the Grey-rumped Swallow, Brown-throated Martin and Common Dwarf Mongoose.

The camp also has a swimming pool reserved for overnight guests, and in the heat of the day, this will be a welcome spot indeed!
Olifants is a good camp from which to do an optional night drive, and on one of these exciting excursions we could see Cape Porcupine, Serval, South African Large-spotted Genet or even Pel’s Fishing Owl. 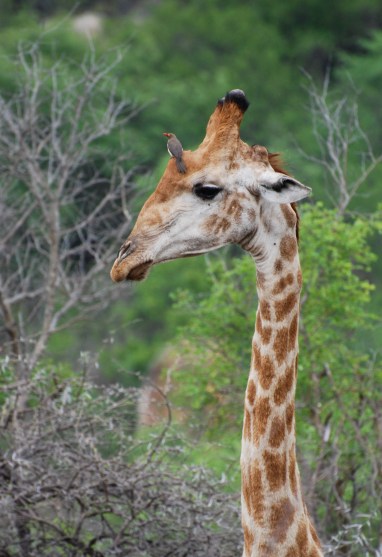 Our next destination will be Letaba Camp, about 20 kilometres north of Olifants.
Situated on a bend in the Letaba River, this camp has an incredibly scenic setting. The laid-back character of Letaba depends heavily on the tall shady trees (Sycamore Fig, Natal Mahogany, Sausage Tree and Apple Leaf), expansive lawns and indigenous gardens where tame Bushbuck wander. The name Letaba means “river of sand”, and the sandy riverbed is an excellent location for game viewing, particularly African Elephant, which thrive in the area. Letaba is a green oasis in the surrounding mopane veld and remains a firm favourite with visitors.

We will enjoy our last two nights in Letaba camp, going on morning and afternoon game drives, and looking for interesting fauna and flora. As game in the region is concentrated near water, any exploration of these picturesque river roads can produce some of the best game-viewing in the park. We will venture to the always productive Engelhard Dam nearby, as well as drive north in an area known for its excellent Leopard sightings. We will also go west to the Mingerhout dam, another spot known for producing interesting and rare sights. The area around Letaba is also very good for many interesting bird species and several species are found here that are not seen anywhere else in Kruger. These include Mourning Collared Dove, Black Heron and Glossy Ibis.

Once again, be sure to keep an eye out inside the camp for all sorts of interesting fauna and flora species. The camp is well spread out with the highlight being a paved footpath which runs along the northern perimeter through broad-leaved riparian vegetation and then back along roads skirting the southern perimeter of the camp next to the Letaba River and its floodplain. We will definitely be spending time enjoying the view of the river from the promenade on the river’s edge and watch animals come down to bathe and drink. We will be hoping for sightings of African Elephant, African Buffalo, Giraffe and many others. Letaba also offers excellent birdwatching opportunities all year round. Pearl-spotted Owlet, Verreaux’s Eagle-Owl and Orange-breasted Bushshrike are regularly seen in the camp.

The camp also houses the brilliant exhibition of Kruger’s famous “Magnificent Seven” big tuskers in the Goldfields Environmental Education Centre; definitely worth a visit.
After your 6 night central Kruger extravaganza, your Nature Travel guide will transfer you back to the airport (or your chosen point of departure) via the Phalaborwa gate for your onward journey.

Customize your safari:
Although the above is a finalised itinerary, we can customise this itinerary to create the perfect Kruger National Park safari for you.

You are more than welcome to change anything from the length of your stay, to the number of days in a specific camp, to the order of your stay at the various camps. You can also choose to take a road transfer from O.R. Tambo International Airport in Johannesburg or fly straight into the new Skukuza Airport inside the Kruger National Park.

We can also add a luxury option for you at one of the lodges in the adjacent Sabi Sands Game Reserve on Kruger’s western border or inside the park itself if this is within your budget, or we can add an exciting activity like a bushwalk, bush breakfast or a night drive to your stay. 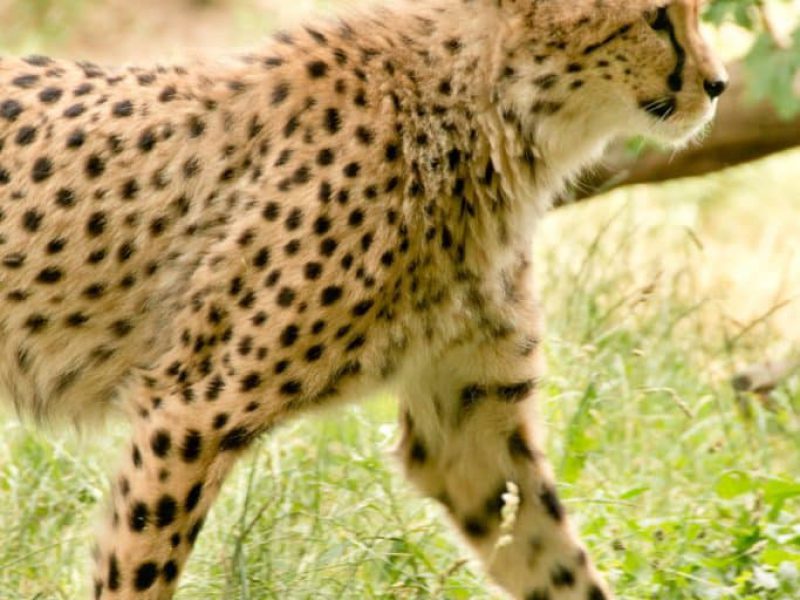 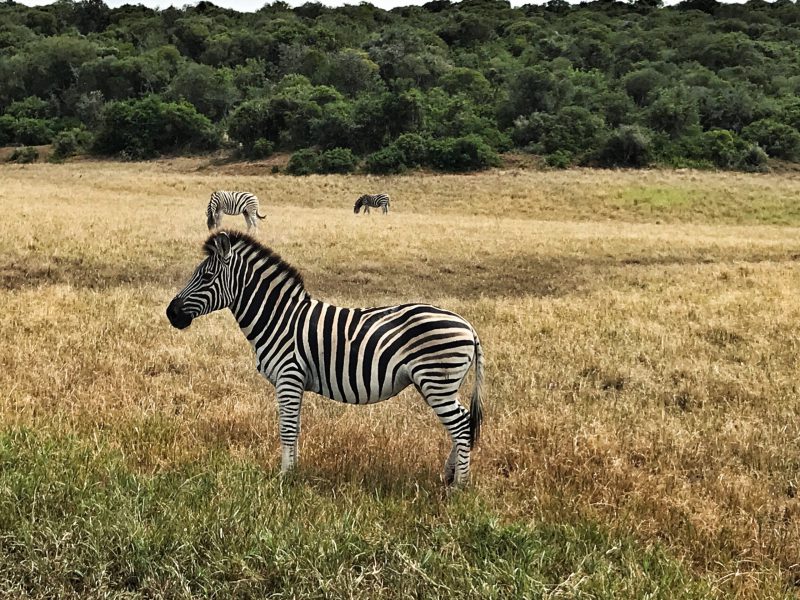 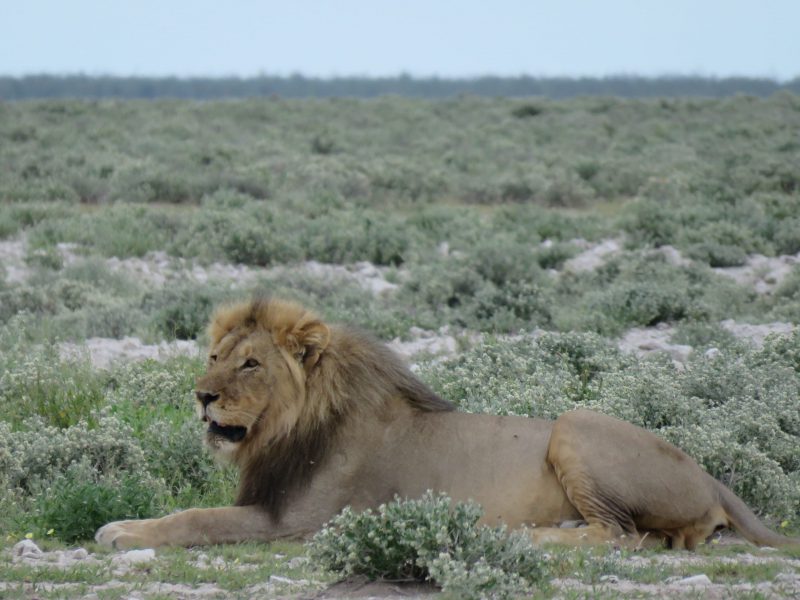 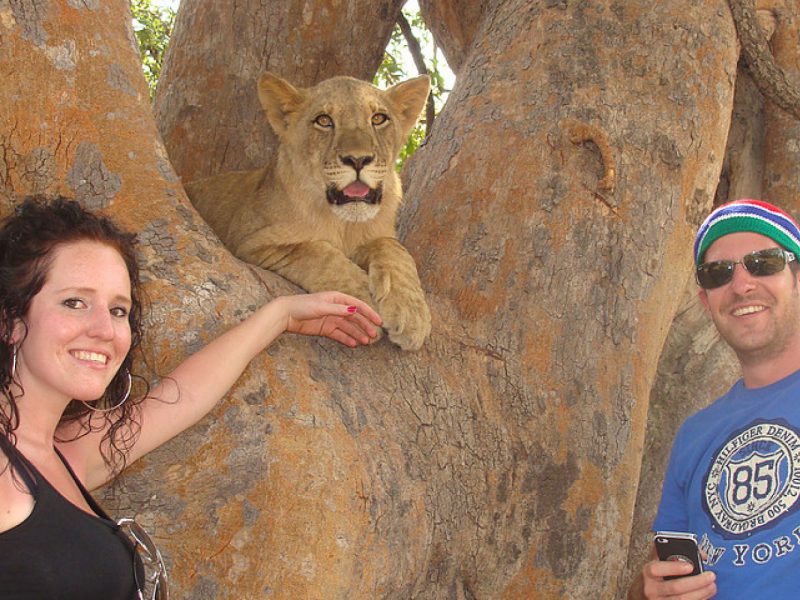