Situated in along the Nairobi River in beautiful Kenya, the capital of Nairobi is East Africa’s most cosmopolitan city. It serves as an excellent starting point for African safari trips around Kenya. Nairobi is Africa’s 4th largest city and is a vibrant and exciting place, and although it has developed a reputation which keeps tourist visits brief, there are some fascinating attractions: its cafe culture, unbridled nightlife, the National Museum, the Karen Blixen Museum and most notably just 20 minutes from the city centre wild lions and buffalo roam in the world’s only urban game reserve. Make sure you pay a visit to the elephant orphanage operated by the David Sheldrick Wildlife Trust.

Sandwiched between Mount Kenya and the northern deserts, Laikipia is where Kenya’s wild and semi-arid northern frontier country begins. The region is made up of privately owned and community ranches centred around the Laikipia National Reserve. Known as one of Kenya’s best safari areas, the high plains of Laikipia feature vast open stretches of African savanna scattered with abundant game including: Grevy’s zebras, black rhino, lion, leopard, wild dogs, buffalo and thousands of elephants. Visitors can enjoy a luxury safari experience at a private lodge or stay in the worthwhile community-run lodges which support the local Samburu and Ilaikipiak and Mokogodo Maasai communities.

Situated in southwest Kenya, the Mara North Conservancy is a beautiful private wilderness area spanning more than 30 000 hectares. It is home to a spectacular array of plants, reptiles, birds and mammals; including elephant, rhino, buffalo, lion, leopard, cheetah and large concentrations of wildebeest, zebra, gazelle and other migratory wildlife. Leopard Gorge, in the heart of the conservancy, is famous as the setting of countless BBC Big Cat Diaries and National Geographic documentaries. Neighbouring the well-known Maasai Mara National Reserve, this conservancy is vital for sustaining the famous Serengeti wildebeest migrations as well as the highly threatened African wild dog and black rhino. 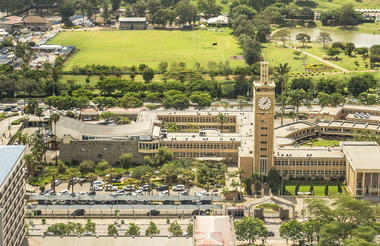 Upon arrival at Jomo Kenyatta International Airport, you will make your own way to the arrivals hall, where you will be welcomed by a member from the andBeyond team. You and fellow guests will embark on a road transfer to One Forty Eight Hotel Spend your 1 night stay at One Forty Eight in a Master Room with ensuite bathroom.

If you would like to spend the day discovering three of Nairobi's most loved attractions on this delightful three-hour excursion. Your journey will begin with a short exploration of the Karen Blixen Museum, for a glimpse into the fascinating world of this pioneer coffee farmer, who achieved world fame through her highly-acclaimed memoir, Out of Africa. Your next stop will take you to the renowned Giraffe Centre, where you will be given a rare opportunity to get up-close to these gentle giants in this natural sanctuary, which has been founded by Jock Leslie-Melville, the Kenyan grandson of a Scottish Earl, to protect the endangered Rothschild Giraffe. A heart-warming visit to the Daphne Sheldrick Elephant Orphanage will wrap up your outing here, you can witness the heroic efforts of the dedicated team who rehabilitate orphaned elephant calves and other vulnerable animals. Guests who have adopted an elephant can visit them at their bedtime between 5pm-6pm. 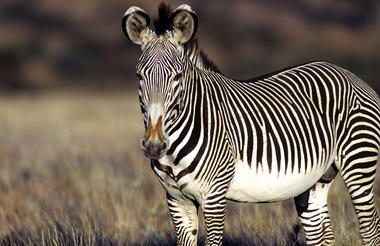 After breakfast, you will be transferred to Wilson Airport for your scheduled flight to Nanyuki Airstrip. Nanyuki your gateway to Laikipia County of Kenya lying northwest of Mount Kenya. When you touch ground here, you will be just north (0 01 North) of the Equator! Explore during your 3-night stay at Karisia Walking Safari in a Luxury Mobile Camp.

Karisia Walking Safaris as the name suggests specializes in walking safaris (specifically, walking safaris supported by camels). Karisia Walking Safaris is located in eastern Laikipia, an area north of Mt. Kenya known for its wilderness and wildlife. The area boasts the highest diversity of large mammals in Kenya and is also home to several endangered species such as the Grevy's Zebra, Wild dog, and Jackson's Hartebeest. 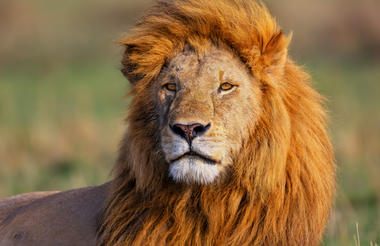 You will be collected from Karisia Walking Safaris and driven to Nanyuki Airstrip where your scheduled flight from Nanyuki Airstrip to the Masai Mara awaits you. The quintessential Masai Mara safari delivers many attractions and is home to an excellent year-round concentration of game as well as the two million animals that make up the Great Migration. 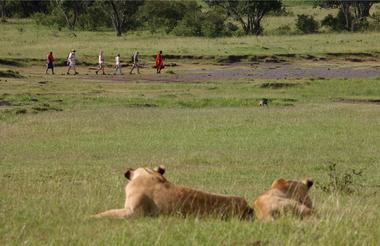 After a mouth-watering breakfast, you will go on a game drive transfer to Kichwa Tembo Airstrip for your scheduled flight to Wilson Airport where a member from the andBeyond team will collect you and drive you to Jomo Kenyatta International Airport for your onward arrangements.

Single supplement on request bases only.
Low & High season rates may apply.
High season typically covers travel between July and September as well as Christmas, New Years and Easter.
We regret no children under the age of 16.
The above rates valid for 2021 only, please request rates for 2022.
The operator may reroute the itinerary or accommodate in similar lodges in case of non-availability.
The walking safari in Laikipia covers 08 – 14 Kilometres per day (Between 4 – 6 hours with stops, walks done in the mornings).
Rates are subject to change without prior notice.
**T’s & C’s apply. Deposits & Cancellations Policies are contingent on THOSE provided by suppliers (i.e. lodges, transfer companies, airlines etc.) and are subject to change without prior notice.**
10% Non-refundable deposit required to secure booking.
Balance of deposits are dependent on THOSE required by suppliers and advised to client upon enquiry.
55-49 days: 50% refund of payment EXCLUDING non-refundable deposit.
48-42 days: 25% refund of payment EXCLUDING non-refundable deposit.
41 days or less: 0% refund of payment EXCLUDING non-refundable deposit.
In case of NO SHOW on the date of tour departure, the client forfeits 100% of the total payment.
Covid cancellation policies will be advised upon enquiry. 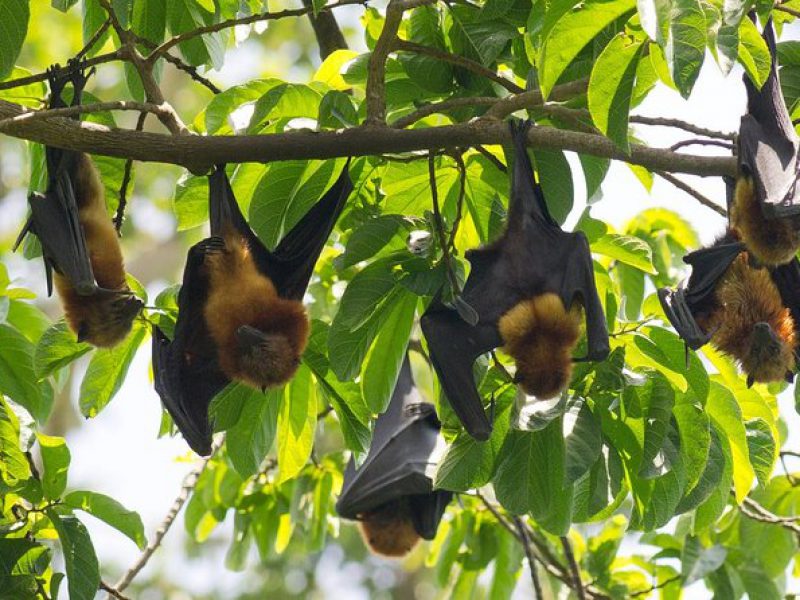 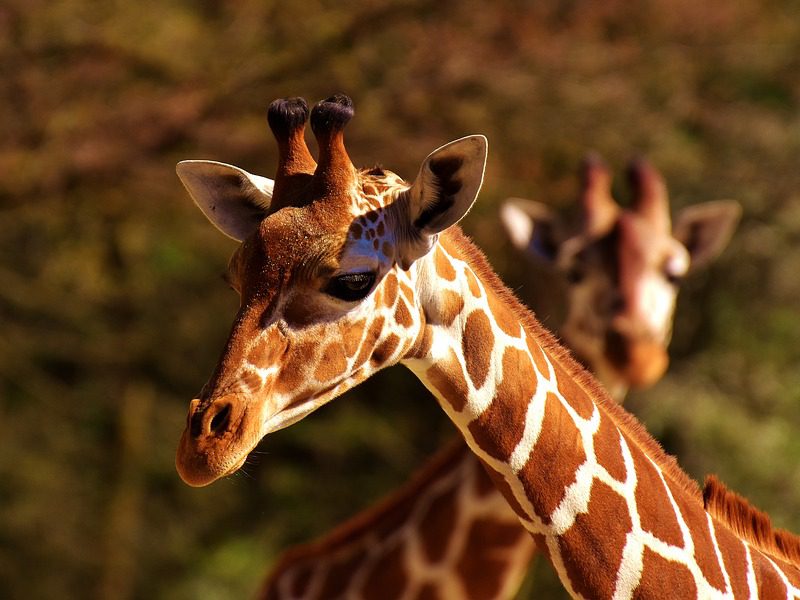 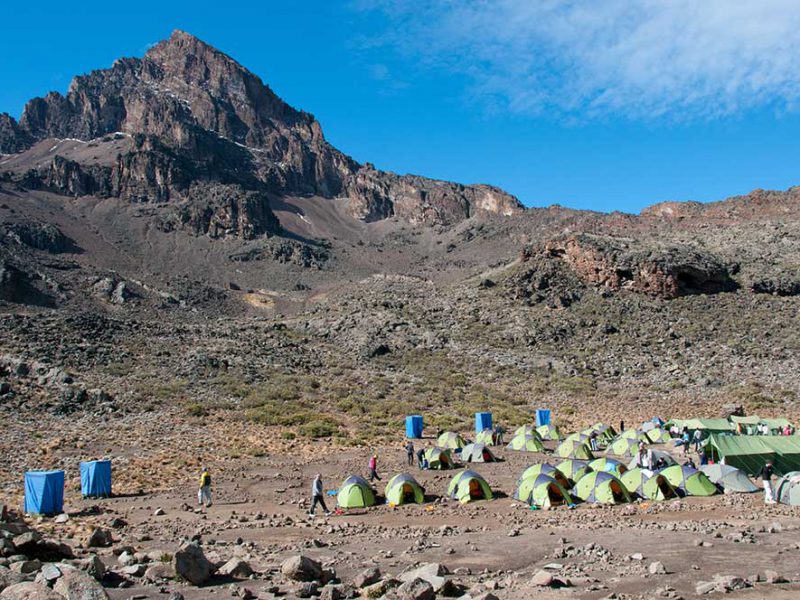 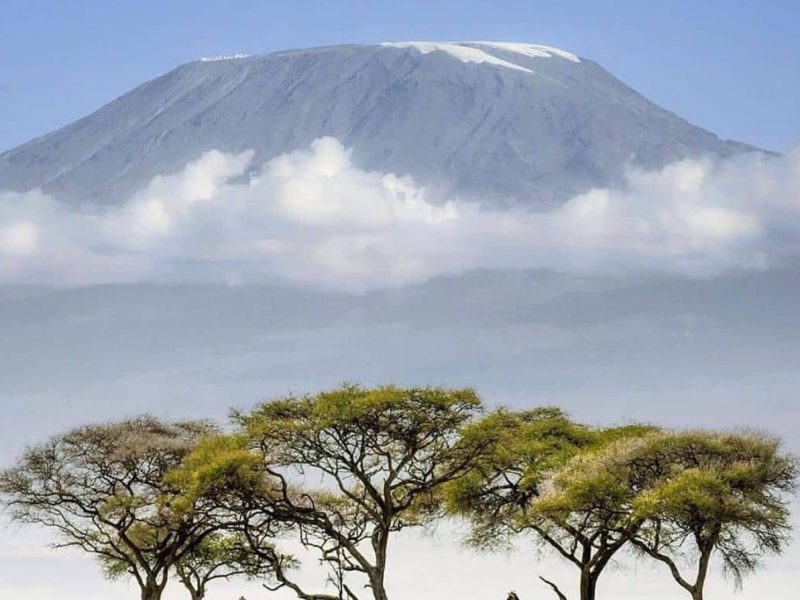