First, travel to Akagera National Park for game viewing on the open savannahs and a boat trip on Lake Ihema. Then go mountain gorilla trekking in Volcanoes National Park for an unforgettable face-to-face encounter with these endangered primates in the ancient rainforests. Lastly, visit the Ibyiwacu cultural village to experience the local culture and spend time relaxing on the sandy shores of Lake Kivu.

This affordable Rwanda Lodge Tour includes comfortable accommodation on a full board basis, transport in a 4×4 safari vehicle, and the services of an experienced English speaking guide.

This Rwanda Gorillas, Wildlife & Cultural Tour begins with collection from the Kigali International Airport, also known as Kanombe Airport. From the airport, you are transferred to the first overnight hotel in Kigali, the capital of Rwanda.

If your flight arrives early enough, then you can do the Kigali City Tour. The tour visits key attractions and sights in the city, including the old city and the Kigali Genocide Memorial Centre. Most visitors find Kigali surprisingly clean and well-managed, especially compared to other African cities. Kigali is a modern and safe capital with a vibrant atmosphere and friendly local people.

Tonight you have dinner at the clean and comfortable hotel and get some rest after your travels.

Day two begins with breakfast at the friendly hotel, before we set off for Akagera National Park. Lesser-known than Volcanoes and Nyungwe national parks, Akagera is a game viewing gem.

This is one of the oldest national parks in Africa, first established in 1934. Akagera covers about 1120km² of diverse habitats in eastern Rwanda, along the Tanzanian border. The location of the national park makes it well-suited to game viewing, as it incorporates low-lying plains featuring grasslands, woodlands, and wetlands, as well as marshes, hills, and lakes. The open savannah areas resemble the archetypal African safari landscapes of Tanzania and Kenya more closely than the predominantly hilly terrain of Rwanda.

As we head to our game lodge inside Akagera National Park we watch for wildlife and birds typical of the African savannahs. Mammals include three of the Big Five (lions, elephants, and buffalos), along with giraffes, zebras, hippos, and crocodiles. The park also attracts an impressive array of birds, numbering over 480 species, several endemic species included.

We have dinner at the lodge where you can take a dip in the swimming pool on the edge of the savannah plains and admire the views of Lake Ihema.

On day three we are up early for our laid-back boat cruise on Lake Ihema in the Akagera National Park. The boat cruise is ideal for watching hippos, crocodiles and an abundance of birds. Over 550 bird species have been recorded here, including shoebill, papyrus gonolek, ibis, malachite kingfisher and many more. Sit back and soak up the breathtaking wild scenery as we cruise along the papyrus-fringed shores of the lake.

After our leisurely boat ride we leave the Akagera reserve behind, driving northwest to Volcanoes National Park. The five-hour journey takes us along scenic roads, winding through hilly landscapes to the top gorilla trekking destination in Rwanda.

We spend the night at a historic hotel in the middle of Musanze (formerly Ruhengeri), the closest town to Volcanoes National Park. Relax on the patio and get ready for your once-in-a-lifetime mountain gorilla trek tomorrow.

Today you trek into the ancient rainforests of the Virunga Mountains to see endangered African mountain gorillas in the wild – an unforgettable experience!

We have breakfast bright and early in the morning, before driving to the nearby village of Kinigi where the Volcanoes National Park headquarters are located. Here, the park rangers brief you on the gorilla trekking procedures and regulations. Once your guide has completed the necessary formalities for you, it is time to head into Volcanoes Park on foot.

The Volcanoes National Park encompasses ancient afro-montane and bamboo forests, covering about 160km² of pristine wilderness. The park is named after the five volcanoes it incorporates but is most famous for its African mountain gorillas. Volcanoes Park is also incredibly biodiverse, hosting about 200 bird species and a rich array of animals, plants and insects, including many rare and endemic species. The park is home to the most groups of habituated gorillas, making it one of the best places to go gorilla trekking. We will be assigned to one of the ten habituated gorilla groups which the ranger tracks down.

Finding our group of mountain gorillas we stop and spend a spell-binding hour with them. Observe the natural behaviour of gorillas in the wild, watching these giant primates feed, interact, doze and simply be. Seeing the young play and watching the gorillas groom and tease each other is an incredible sight. Sometimes the gorillas watch visitors with curiosity and even come closer – a thrilling encounter, especially if a massive silverback approaches.

Seeing the similarities between these social apes and humans is fascinating – a moving experience for most visitors! After watching the gentle gorillas in the dense forests we trek back to the headquarters of Volcanoes National Park.

Transfer back to the hotel for some rest and relaxation, re-living the extraordinary gorilla trek of the day.

This morning we have breakfast and set off for Ibyiwacu Cultural Village, near Volcanoes National Park. Our walk in the village offers a glimpse into traditional Rwandan culture. While at Ibyiwacu we get to watch drumming and dance performances by the locals, perhaps meeting a medicine man and trying out a bow and arrow. From the cultural village, we proceed to the red rocks to see how the local banana beer is produced.

Next, we make our way to Gisenyi on the northern edge of Lake Kivu, the largest lake in Rwanda. Spend the afternoon unwinding on the sandy shores of this African Great Lake, located in the East African Rift Valley, along the western border of Rwanda. Enjoy the tropical setting and lovely views of this massive freshwater lake while relaxing on the palm-fringed beach.

Later we check-in at our charming hostel, set in a grand old colonial building with rambling gardens.

On the final day of our Rwanda Gorillas, Wildlife & Cultural Tour we have breakfast, before embarking on a boat trip on Lake Kivu. We visit the lush islands dotting Lake Kivu, taking in the beautiful scenery as we cruise along.

Later in the day, we return to Kigali city, where you are transferred to the Kigali International Airport for your onward travels. 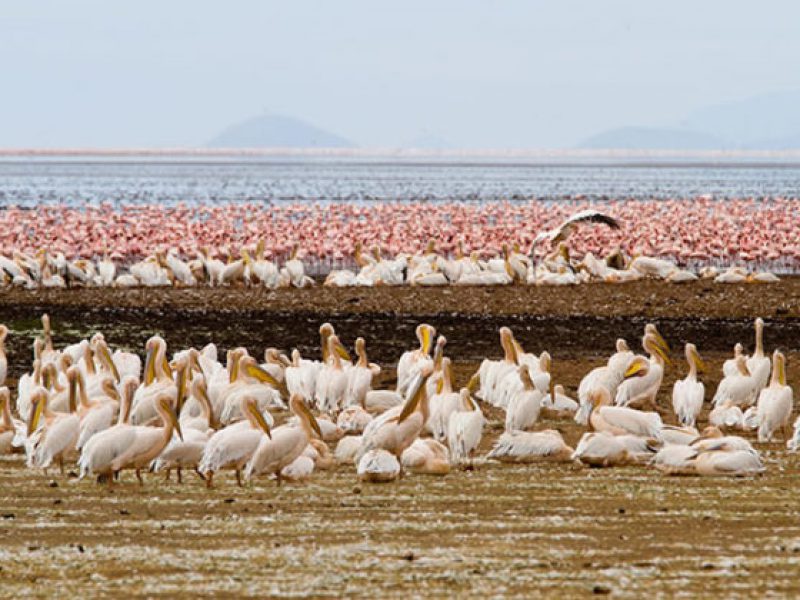 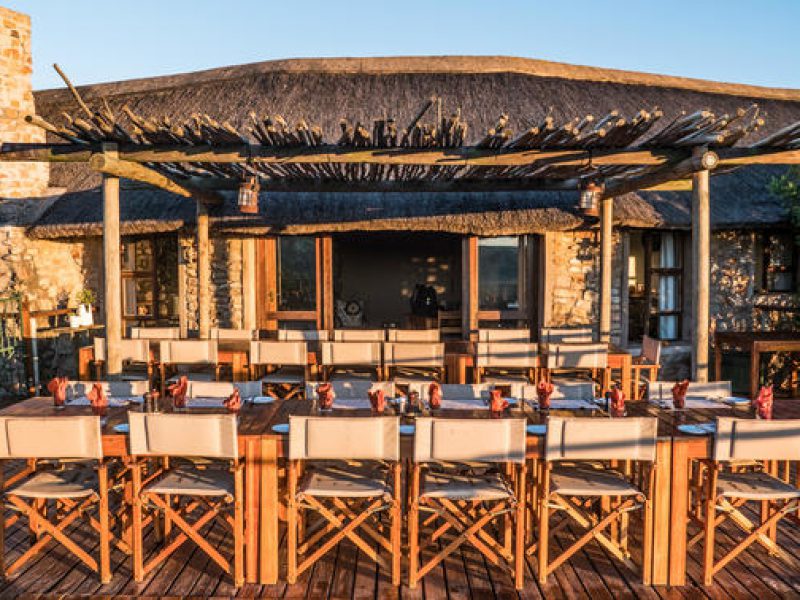 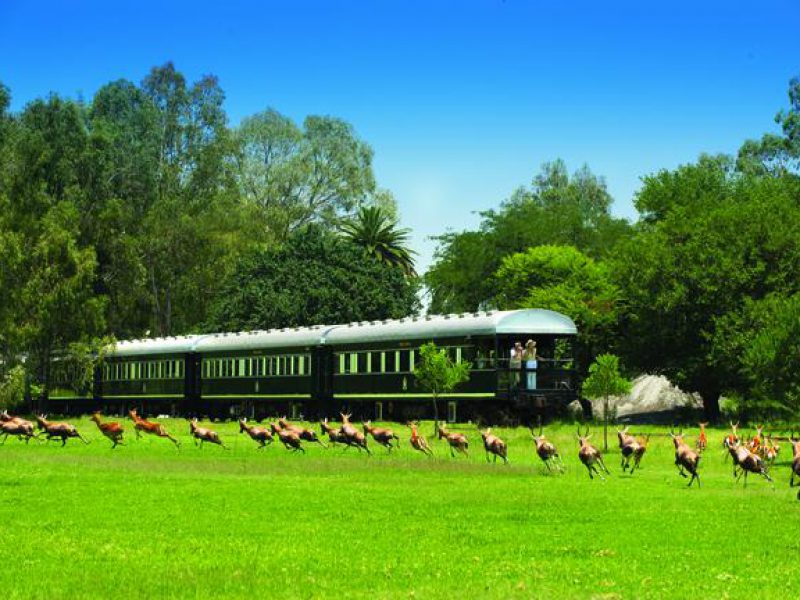 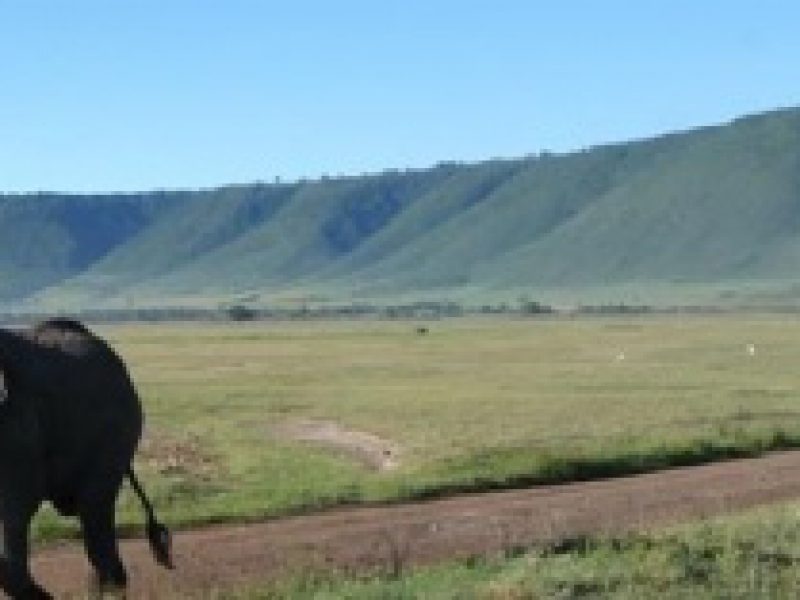